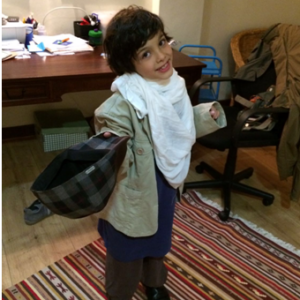 Carranza is becoming a well-known author among our students, teachers and parents at Woodland Star International School. While Ms. Donna and the Grass Snakes Village have enjoyed his personal and fantasy narratives for a while now, his first widespread publication The Attack of the Three-Headed Snake from Outer Space vs. Toilet Slayer is becoming a breakout success!

Pablo chose to create his hilarious adventure story on his own at home. Next, his father graciously offered to publish his masterpiece so we, the masses, could enjoy Pablo’s witty humor. Readers anxiously await more entertaining stories by Mr. Carranza and we hope that 2017 will bring more graphic novels to his fans and readers.

The week in pictures

The week in pictures